“Joy” is all about the joy of a young woman who ventures out on her own. In the movie “Joy”, Jennifer Lawrence plays a young, single mother of two, whose  troubles start when she gets fired from her job. She finds herself broke, wondering how on earth did  her life take this dangerous turn!

As a kid, she had high hopes. She had dreams. Her grandmother had told Joy when she was in school that, “You are going to grow up and be a strong smart young woman. And you’re gonna build wonderful things.”

But, the adult Joy found herself at a loss! She wasn’t “building wonderful things”, and she did not feel strong nor smart ( but low and defeated). That is, until she has an idea about a mop that might become a household miracle, if only she can get finances together to market it. In a sense, Joy has to save herself, and pull herself out of a dead-end. And so, with a lot of grit and a loan from her dad’s wealthy girlfriend, she ventures out.

But, Joy is a movie that’ll inspire every female entrepreneur, whether you’re dreaming of making a new product or service. Here, she does it all on her own, and that’s what makes “Joy” a feminist film, exhibiting a strong winning streak. This film has many inspiring messages for woman entrepreneurs.

Firstly, it showcases the importance of imagination. As a kid, Joy had a wild imagination, but it got diffused when she got entangled in marriage and kids and unpaid bills. When she has a realization about a self-ringing mop, she trusts her gut feel and does whatever it takes to make her product a reality. She goes into debt and mortgages her mom’s house – not the wisest financial decisions, but entrepreneurs have to take risks. Eventually she becomes a multi-millionaire, and it’s all thanks to her imagination!

Passion rules here. It’s all about passion. As we watch her draw the prototype of the mop with her daughter’s crayons and paper, her passion is clear, as she sketches frantically, pacing around the room. She put all she got into the project, and her passions pays off eventually.

The art of perseverance is clear. It demonstrates the need for perseverance. About 99.9 percent of entrepreneurs have to struggle and suffer before their ideas actually pay off. Joy’s path to fame and fortune isn’t smooth; she gets cheated, family members desert her and it’s a very tiring affair. But, she pushes ahead no matter what gets in her way.

Multitasking is seen upfront. Like many women, she’s the ultimate muti-tasker, which you have to be if you’re starting out on your own. Then, all family hassles get bypassed – her two young kids, a mom who stays in her bed all day watching cheesy soap operas, an immature ex-husband who lives in her basement, a dad who is at a loss. Her eye is firmly fixed on the business she has to create. Overcoming family problems while trying to become a woman entrepreneur, is what she achieves with ease.

We notice how she benefits from delegating. Joy’s family members sometimes actually want to help her, and she’s good at delegating work. Recognizing that taking everything on herself would be difficult, exhausting, she admits when she needs help and lets others support her work.

It proves that patience is key that can lead to success. To handle the chaos of her domestic scene, Joy becomes the mediator, the patient one. And, this patience is a quality that serves her well, later on in business.

Overall, it stresses on the need for independence. When she finds out she’s been getting cheated by a corrupt business tycoon she tackles it on her own. It proves that no matter the challenge, she ultimately becomes a successful entrepreneur – at her own terms.

So check out “Joy” if you want to trace the success story of reluctant woman entrepreneur, who makes it, all on her own. It is indeed, an inspirational story that may stir the entrepreneur in you!!! 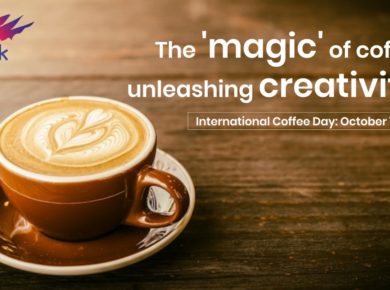