International Literacy Day (September 8) highlights the importance of ‘literacy’. It puts the focus on women’s education which can facilitate the building of an ecosystem for women – to realize their entrepreneurial ambitions. The focus is on the literacy for a huge range of individuals, communities and societies. This day also focuses on the need for concentrated efforts towards more literate societies. In fact, the idea of an International Literacy Day was born at the World Conference of Ministers of Education on the Eradication of Illiteracy, held in Teheran, Iran, on 8-19 September 1965.

International Literacy Day highlights the changes and improvements being made in literacy development, worldwide. It is a day to remind world leaders, influencers and the general public of the current status of adult literacy and learning. Pointing out that literacy is key to the right for all to an education, UNESCO has used the message – “Literacy is the best remedy”. In 2015 the UN adopted its Sustainable Development goals – to mobilise efforts to eradicate poverty and inequalities across the world: and this initiative – of improving literacy rates forms an integral part.

Building an ecosystem for women entrepreneurship

If we want to foster inclusive growth, the world must work towards ensuring that at least 25% of entrepreneurs are women by 2025.

Today’s women have indeed achieved a lot. Scaling new frontiers in business, they have broken the glass ceiling, introducing fresh ideas into the business landscape of India. It is clearly seen that these innovations are actively reshaping a range of areas such as – technology, handicrafts, engineering, design, weaving, shoe-making, agriculture, organic farming and many other cultural and creative industries.

The recent World Economic Forum meeting at Davos puts the spotlight on the ‘new age women entrepreneur’, which laid emphasis on equal number of women, in the labour force. This equalisation can go a long way in enhancing the GDP of a developing country like India by over 27 per cent!

Women are truly living their dreams, as professional entrepreneurs. In India, certain initiatives and measures instituted by the government has developed a vibrant entrepreneurial landscape. Today, with more than 20,000 start-ups, India has emerged as the second largest start-up ecosystem in the world. Incidentally, India jumped 50 places in the overall ‘Ease of Doing Business’ rankings – which is very encouraging for underlining women leadership in the country.

Today, with women comprising of around 50% of the country’s population, it is not possible to think of economic growth without women as the fundamental drivers of change. Projections for 2025, indicate that India’s GDP will get an additional boost of 16 per cent, by integrating women into the workforce.

The Indian start-up landscape, with over eight million women entrepreneurs, is at a critical junction where an accelerated pro-women change can be critical.

Many initiatives introduced by the government, including Stand-Up India, MUDRA, and NITI Aayog’s recent Women Entrepreneurship Platform (WEP) are steps in the right direction. These have led to the fact that India has witnessed record growth in women entrepreneurship, in the recent years. Interestingly, also gaining traction in India are many  women-led leadership and mentorship programs such as – empoWer, SAHA Fund and Sonder Connect.

Finally, with emerging technologies such as hashgraph, blockchain, Artificial Intelligence (AI), and Internet of Things (IoT), it is of vital importance that the skillsets of women be expanded to match the current market trends.

At the grassroot level, turning uneducated women into ‘literacy queens’, by working on their fundamental education & skillsets – can really work at making them accomplish what many think impossible!

So, a calculated move made today, to up the literacy index can bring us closer to achieving the larger vision for India – where  25 per cent women entrepreneurs by 2025!! 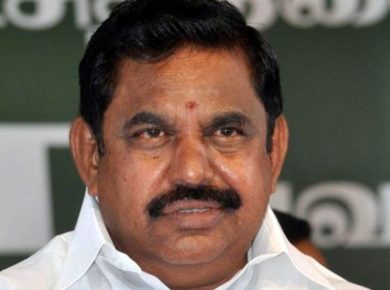 Startup India announces 5000 entrepreneurs benefited from its partnership with Zoho 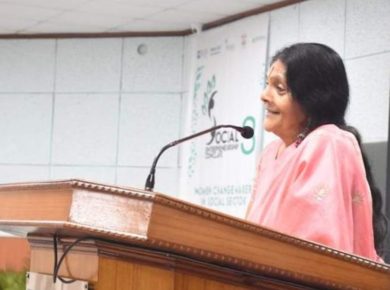