Sexual harassment in the workplace is turning out to be a growing menace in Germany, with 1 in 11 employees reporting that they were victims of unwanted sexual comments and advances.

This has been found in a study of 1,531 people by the German Federal Anti-Discrimination Agency, according to a report in dw.com. A similar study four years ago had revealed that 1 in 14 employees complained of sexual harassment. The rise in the number of sexual harassment cases in the workplace in Germany is a deeply worrying trend.

According to the 2019 study, women are twice as likely as men to face sexual harassment in the office. Thus while 5% of male employees said that they were sexually harassed, the corresponding figure for women was 13%. Another disturbing statistic was that 43% of the sexual harassment was perpetrated by work colleagues, with one out of five culprits being seniors. Fifty-three percent of the perpetrators were third party agents, like customers and patients.

Nearly four people out of five complained that they were sexually harassed by multiple perpetrators.

The forms of harassment ranged from sexualised comments and jokes, inappropriate looks or gestures to cat-calling. Questioning of an intimate nature and inappropriate touching or approaches were also common.

Sexting, which comprises sending of sexual images and text via social media, emails, and messages were the other ways in which the victims were targeted.

More severe forms of harassment consisted of invites to private meetings, being asked to engage in sexual acts, and sometimes, coercion or blackmail, the study found.

Bernhard Franke, acting head of the anti-discrimination office, noted that sexual harassment at the workplace is a serious problem, which can severely affect the victims. He called for German companies to intervene and devise ways, including obligatory training to managers, to stop this menace.

Germany’s labour law puts the responsibility of employers to protect their workers from sexual harassment. However, workers are often fearful of raising a hue and cry thinking of what repercussions that would have on their careers. Thus only 40% of those who have suffered sexual harassment at the workplace had approached third parties for grievance redress. 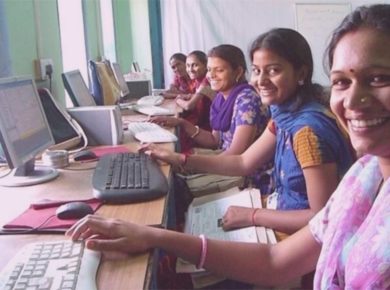