MAKERS India May 17, 2020
The popular beverage tea attracts a variety of people across generations, with different tastes, backgrounds and is also seen to transcend borders. ‘Bubble tea’, considered to be the “new drink of young Asians” that can be traced back to Taiwanese tea rooms; but with time, this trend has crossed international borders to establish itself in the West, where it enjoys huge popularity too.
Bubble tea startups have emerged in India over the years. However, Bubble tea yet has to make an impact in the domestic market.
Firstly, there is Harshita Jain’s company Necessiteas. Having sold over 200 bubble teas in Delhi and Mumbai since she ventured out, but the current COVID-19 crisis has changed her plans to expand this year.
Bengaluru-based tea artist Susmita Das Gupta explains the ‘tea’ basics – “Very simply put, tea is brewed, chai is cooked” and added “if you brew ginger in hot water, it is also tea and since it doesn’t have tea leaves it’s called herbal tea”. She conducts many workshops on tea appreciation and brewing, where she bursts many a popular myth.
Her mission is to take this simple beverage to all the connoisseurs. In the future, her bigger goal is to create a tea curriculum and offer a certificate programme in tea, for which she has been working closely with the Tea Board India. This will be targeted at those who really want to pursue this as a career. It was supposed to be launched on March 18, but unfortunately, because of the coronavirus pandemic, the programme had to be postponed. She hopes it is only a temporary delay, and that she can get on to the planned path soon. The programme will be delivered from Tea Board India’s R&D centre in Kurseong, near Darjeeling.
Anamika Singh, the woman behind the international tea brand, Anandini Himalaya Tea elaborates that the tea market has grown from a commodity-based model to a more retail-based model, and is now considered to be more experiential.  This shift has resulted in the opening up of the market for young entrepreneurs. Backed by 30+ years of experience in tea production, manufacturing, and exporting — her family business traces back 35 years to the estates of Darjeeling and Terai, and 17 years in Dharmshala in Himachal Pradesh. Indeed, she is one of the rare entrepreneurial prodigies, who followed the footsteps of her father and mentor Abhai Singh, a renowned tea planter.
Entering this space right after school, she started working with tea in 1990 in the Darjeeling Tea estates. Now, 30 years later, she steers Anandini Himalaya Tea, a brand that brings together flowers and herbs of the Himalayas along with exotic spices, creating boutique, handcrafted infusions with classic teas from the Manjhee Valley Tea estate.
Today, the reality is that the scope of tea has expanded. It has taken huge strides from being a mere beverage. And, to add to that, the growth of the tea market is estimated to be worth more than $81 billion globally by 2026, according to Statista. Definitely a phenomenon, she says with pride – tea is “a reflection of my life”. 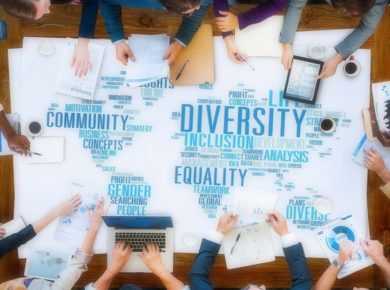